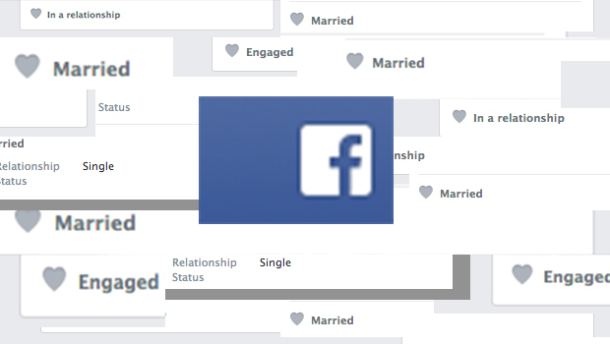 A new study seeks to determine who you are in a romantic relationship with, even if you don’t state who it is, based on mutual Facebook friends data. The focus question of this study is, “given all the connections among a person’s friends, can you recognize his or her romantic partners from the network structure alone?”

Running the study are Jon Kleinberg, from Cornell University, and Lars Backstrom, who works as a an engineer with Facebook. The measurement the team used was name “dispersion”, and according to the team it is “the extent to which two people’s mutual friends are not themselves well-connected.”

Out of 1.3 million on Facebook, who contain between 50 and 2000 friends, as well as listing that they have a significant other in their relationship status and are also 20 years or older, they found a higher dispersion rate among people who were the main link between their mutual friends, as opposed to a lot of their mutual friends knowing each well. After a year in a relationship then they also take into account time spent viewing their significant other’s pics.

The study was able to tell who a person’s spouse or significant other was at a rate of 60%.