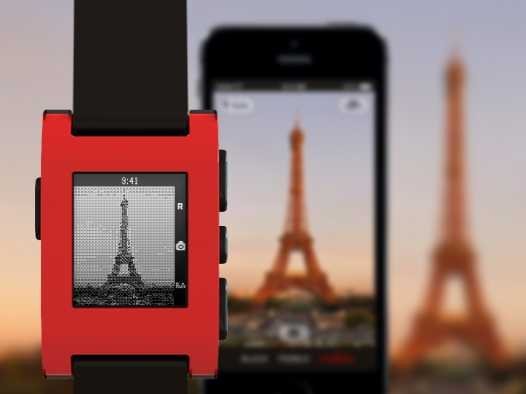 In recent times, people have been witnessing a new growing trend for wearable gadgets. From Apple’s iWatch to Google’s Glass, more and more news of upcoming wearable gadgets keep flagging the technology arena. One such project which has imbibed the essence of innovative technology is the Pebble smartwatch.

Let us give our readers a brief background of Pebble smartwatch. Pebble smartwatch is a project being run by a team whose head happens to be Eric Migicovsky. It is a wearable watch-cum-gadget that creates a parallel connection with Android and iPhone smartphones to send text messages, calendar alerts, emails, etc. The watch has a camera for taking pictures. Moreover, it supports apps solely for the watch, and with apps a parallel connection can be established between the watch and the smartphone. The project for Pebble smartwatch is the most successful crowd-funding campaign on Kickstarter, which is a crowd-funding organization for funding projects. The Pebble smartwatch has raised a total of $7 million, unlike all other projects being funded through Kickstarter.

Furthermore, with PebbleCam, a user can configure the flash of the iPhone camera through Pebble smartwatch and choose whether to use the rear camera or the front camera. One more distinguished feature of PebbleCam is its “stealth mode,” which makes the screen of the smartphone black out and the user can see what he is taking pictures of on the screen of Pebble smartwatch. In other words, it looks like your iPhone is turned off but you are streaming your camera to your Pebble. Now that is something worth applauding.

It isn’t clear if an Android version of the app is in the works.