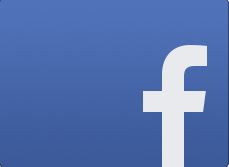 You should always watch what you say on Facebook, it can come back to bite you. Ruben Santiago, police chief in Columbia, South Carolina, found that out the hard way when he answered a post on the department’s Facebook page. He answered a citizen who criticized the police department. In his response, Santiago suggested that the man may be a criminal.

“Thank you for sharing your views and giving us reasonable suspicion to believe you might be a criminal. We will work on finding you,” chief Santiago replied.

His reply was in response to a criticism that the department should focus on violent offenders instead of marijuana users. Santiago’s threat sparked so much criticism that he had to remove the reply and make a formal apology. The man that made the original comment wasn’t offended and understood that the interim chief was trying to put criminals on notice.

Santiago’s excuse for his comment? He was watching television and it was late at night so he didn’t think the response through before he hit post.

The internet is unforgiving and you have to be careful what you write because, remember, sarcasm is hard to portray while typing. That’s why it’s always best to watch what you post, because there really is no telling who will read it and be offended. Or you could start using /sarcasm tags. Who’s with me?