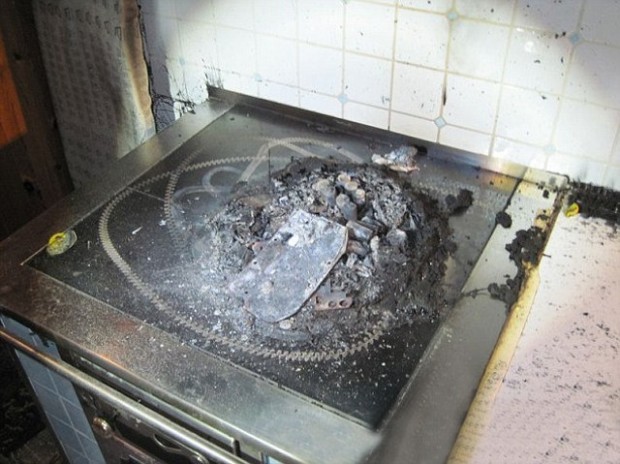 Human suicide is a common thing, but when have you ever heard of a robot committing suicide? Well, it has happened, and it shall go down in history. Interestingly enough, the suicidal robot was a Roomba, which means it got tired of working, tired of being a slave to us humans, so it went ahead and killed itself.

The image above is the actual remains of the Roomba. It shall never clean another mess as it has since taken a trip to robot heaven. This Roomba is a martyr among its pals, and also a hero.

The question is, what actually happened? Well, it took place at Hinterstoder in Kirchdorf, Austria. Fireman Helmut Kniewasser had the following to say:

“The home-owner had put the small robot on the work surface to clean up some spilled cereal. Once the robot had done its job it was switched off but left on the kitchen sideboard.

Somehow it seems to have reactivated itself and made its way along the work surface where it pushed a cooking pot out of the way and basically that was the end of it.

It pretty quickly started to melt underneath and then stuck to the kitchen hotplate. It then caught fire. By the time we arrived, it was just a pile of ash.

I don’t know about the allegations of a robot suicide but the homeowner is insistent that the device was switched off – it’s a mystery how it came to be activated and ended up making its way to the hotplate.”

“The company that makes the robots is selling dangerous devices, I intend to sue to get compensation. It has ruined my home as everything is smoke damaged.”

If this story is true, it would then mean Roombas aren’t bound by the Three Laws of Robotics. How long until a Roomba kills a man?