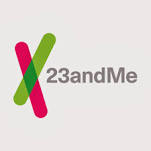 Bad news for the Google-backed genome start up 23andMe, the Federal Drug Administration has officially shut them down by telling them they can’t sell the one product they make. The FDA’s problem, after six years of operation 23andMe hasn’t completed the testing they need to back up the claims they make on their websites.

The FDA regulates items that may be used in diagnosis, mitigation, treatment or cure of disease. While 23andMe never claimed to treat or cure any diseases, the company’s website claimed that through the sequencing of a personal genome, which they would supply from the use of the kit, you could know your health risks, drug responses, and carrier status. While no test is 100% accurate, even at an FDA approved site, 23andMe claimed a 98% accuracy level of all their testing.

The FDA has given 23andMe six years to complete the third party testing the personal genome service needed to back up their claims of being so accurate in their testing. In fact, throughout the years, their list of diseases that they can help you prevent has expanded requiring further testing.

According to the FDA’s letter that calls for 23andMe to cease production, there have been several meetings over the years in an effort to get the company up to code.

“However, even after these many interactions with 23andMe, we still do not have any assurance that the firm has analytically or clinically validated the PGS for its intended uses, which have expanded from the uses that the firm identified in its submissions,” the letter states.

According to the president of the National Society of Genetic Counselors, Rebecca Nagy, points out the ruling highlights the problem with personal genome services. “Is a genetics professional involved in ordering or interpreting the test? If not, there’s always the potential for the results to be misused or misinterpreted.”

So far, 23andMe have been lax in obeying the FDA’s order for them to cease shipping their product. Their official response to the order was, “We recognize that we have not met the FDA’s expectations regarding timeline and communication regarding our submission. Our relationship with the FDA is extremely important to us and we are committed to fully engaging with them to address their concerns.”

[via the Verge, via the FDA]