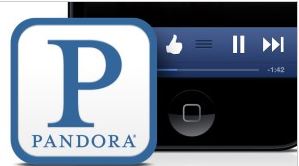 The fight for equal rates is over, for now anyway. Pandora, one of the most well-known online music streaming sties, has given up its quest to get congress to pass a law that would put them on more equal footing with AM/FM stations. As it stands now, Pandora pays more to license song rights than traditional radio and satellite stations.

“We are pragmatic and recognize the low probability that congress will address this issue in the near term,” Pandora co-founder Tim Westergren said.

The music industry see Pandora’s retreat as a victory. The industry has blamed services like Pandora for the decline in album sales. However, Pandora and other streaming services, make up close to 70% of the music industry’s revenue. Unlike traditional and satellite stations, Pandora must obtain licenses from both the song writer and the artist. Traditional and satellite stations only pay the songwriters. Sites like Spotify and iTunes deal with the artists directly.

Now, Pandora is in a tight spot as it tries to renegotiate license fees. Their contracts end in 2015 and they are faced with negotiating with the labels, who are not their biggest fans, or dealing with the Copyright board, who is known for charging high rates.

With the Internet Radio Fairness Act essentially dead, consumers may also feel the pain. Higher prices on subscriptions may be on the way as well as a more limited number of artists and songs available.