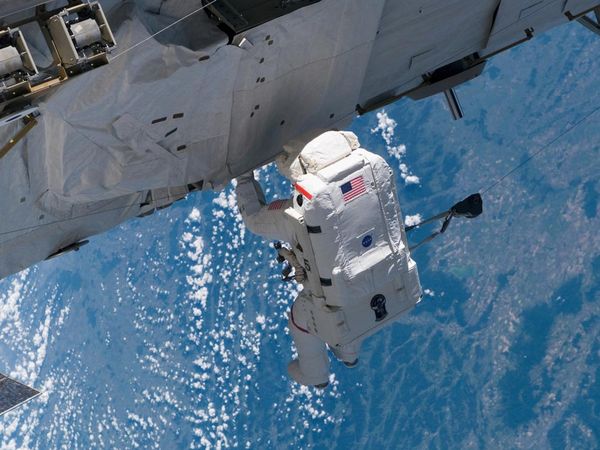 Part of the International Space Station has been shut down due to a cooling issue. The cooling loop known as Loop-A shutdown due to an unexplained temperature flux. The temperature reached a pre-set level within the station causing the shutdown.

As of right now, crews are still determining if the problem will require a spacewalk of if a software fix can take care of the problem. According to reports “engineers think the problem was caused by a malfunctioning flow control valve for the station’s ammonia coolant. Mission managers are trying to determine whether a software fix can get the valve working again or whether a spacewalk will be required. Sorting through the issues might take a couple days or as much as a couple of weeks.”

This problem is not a total surprise. There are 14 issues that NASA expects to face periodically throughout the life of the ISS. Of the Big 14 the cooling system is one of them. Until the repairs are made, non-critical systems have been shut down including the European Columbus Lab and the Japanese Kibo Lab. Other systems such as Life Support and other electrical systems have been prioritized.

The situation is urgent, but NASA sources assure that it is not life-threatening for the crew.