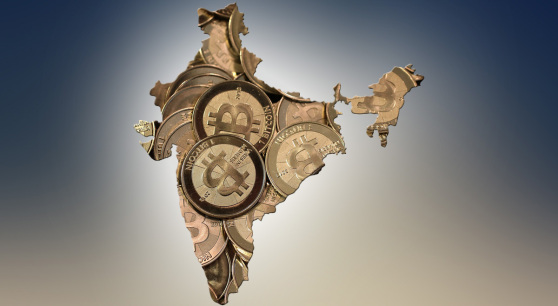 A large number of Indian Bitcoin exchanges have stopped operating due to a warning that was given from the Reserve Bank of India (RBI).

The warning was given because the RBI is concerned about the popularity of Bitcoin and the fact that it can be used for both legal and illegal activities. It does seem odd given the fact that legal and “legitimate” currencies are often used for illegal activities as well, but the fact that Bitcoin is anonymous probably had something to do with the decision. This may be more of a ploy for the Indian government to buy time and learn more about the online currency which is rapidly gaining popularity and value. The fact that Bitcoin is much harder to trace is also another factor.

India hasn’t outright declared that the currency is illegal — the warning is more of a be-careful-this-may-be-illegal nature. “It is reported that VCs, such as Bitcoins, are being traded on exchange platforms set up in various jurisdictions whose legal status is also unclear,” the RBi stated. “Hence, the traders of VCs on such platforms are exposed to legal as well as financial risks.”

They went on to say that “there have been several media reports of the usage of VCs, including Bitcoins, for illicit and illegal activities in several jurisdictions. The absence of information of counterparties in such peer-to-peer anonymous/ pseudonymous systems could subject the users to unintentional breaches of anti-money laundering and combating the financing of terrorism (AML/CFT) laws.”

Most likely they’re referring to the now infamous Silk Road, which is an online black market that can only be accessed through a .tor browser. The site was temporarily shut down after its founder, Ross Ulbricht, was arrested. Since then it has reportedly come back online.

BuySellBitCo.in was the biggest Indian Bitcoin Exchange and it is one of the ones that has suspended its trading operations. “Post the RBI circular, we are suspending buy and sell operations until we can outline a clearer framework with which to work,” said a notice on their website. “This is being done to protect the interest of our customers and in no way is a reflection of Bitcoin’s true potential or price.”

While not explicitly stating it, the ruling raises a question mark around not only businesses using Bitcoin but also individual Indians. However, we must wonder: how exactly does India plan to police its citizens to not use Bitcoin? Businesses, maybe, but stopping the average Indian from using an anonymous virtual currency? We aren’t exactly sure.

Bitcoin has definitely been on a roller-coaster ride as of late. A little while ago the currency had risen to over a thousand per Bitcoin, then fell and now is rising again. At the time of this article’s writing one Bitcoin is worth $743.9 USD.