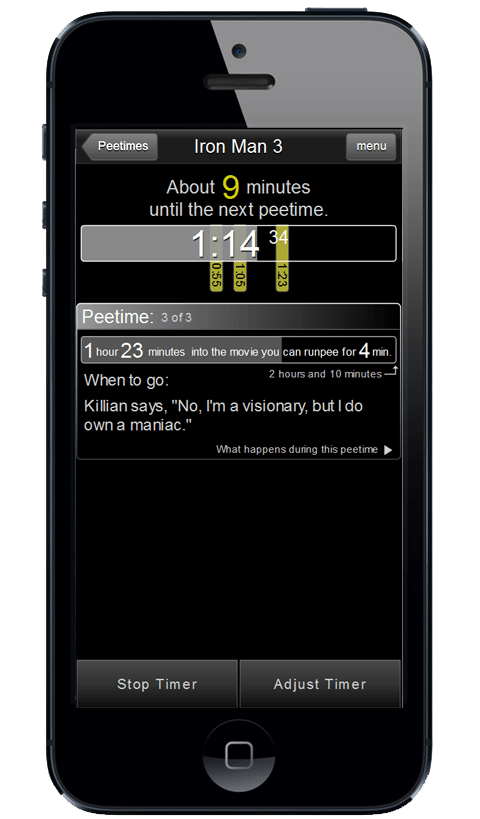 Going to the movie is fun, it’s exciting and it pisses you off when Marvel movies hide the underwhelming plots, stories, and terrible action segments behind a few line of comedy. You’re pissed because Marvel and Disney do this so well to showcase their terrible movies, and you would like to visit the bathroom to let off some steam. However, you don’t know when to go to the bathroom without missing the good parts of the movie you are watching. Well, there’s an app for that.

So, about the app? Alright, it’s called RunPee, and I’m not joking about that one bit. After installation, just start the app the moment the movie begins to get the desired effect. Apparently, the app will vibrate your Android, iPhone, or Windows Phone device during a movie’s predetermine slow moment, indicating the possibility to run off to the restroom. Once you’re off to the bathroom doing your thing, the app will keep you up-to-date with what you’re missing. how cool is that? This means you could sit in the bathroom without going through the agony that is Marvel / Disney movies in the future.

Unfortunately, the app is not free. If you require knowing when to run off the bathroom via RunPee on your smartphone, you’ll need to throw up $0.99.