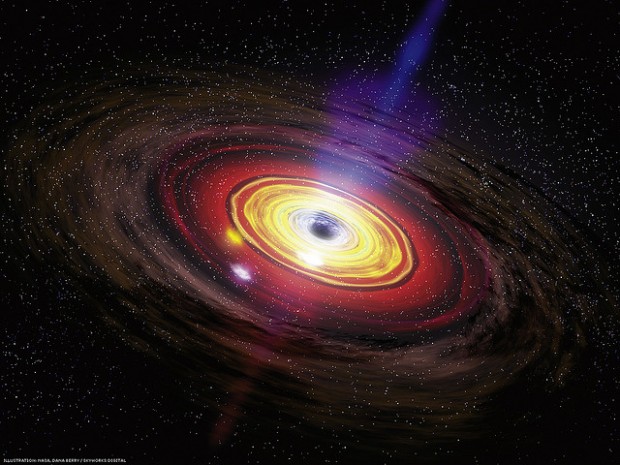 In a new paper, Stephen Hawking has proposed the idea that black holes operate in a way that is different to what was previously thought.

Previously it was believed that nothing could escape the pull of black hole. In a new, short, paper, entitled “Information Preservation and Weather Forecasting for Black Holes,” Hawking challenges this idea and proposes that instead of simply devouring anything that is pulled inside it, a black hole will instead release it in a completely different form.

According to Hawking, instead of having an event horizon from which nothing escapes, black holes operate more according to quantum effects and have a boundary or horizon that shifts. “There are no black holes,” Hawking writes in his conclusion, “in the sense of regimes from which light can’t escape to infinity.”

To be fair the paper has yet to be peer-reviewed, and already there are those who find fault with this theory. “The idea that there are no points from which you cannot escape a black hole is in some ways an even more radical and problematic suggestion than the existence of firewalls,” Raphael Bousso, who is a theoretical physicist at the University of California, Berkeley, said.