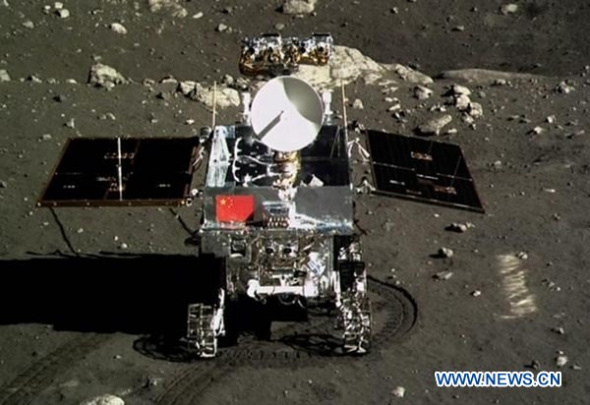 The Chinese lunar rover, called Jade Rabbit, has stopped working and there will not be an attempt to repair it.

This news comes from a statement released through ecns, a Chinese news website. The problems with the rover were first announced a few weeks ago and Chinese scientists had actually come up with a way to fix it. Unfortunately the rover had entered into hibernation mode, which lasts several weeks, and they had to wait until it ended to attempt the repair. This proved to be too long of a time frame and the rover has shut down.

The robot, which landed on the moon on December 14, was supposed to have a 3 month expedition where it would collect and test soil samples. China has not released the details on what exactly went wrong with the rover, only saying that it was due to the “complicated lunar surface environment”. This has lead some to speculate that “abrasive lunar dust” was the cause, as it has made things difficult in the past for expeditions.

The name, Jade Rabbit, was given after a vote by the Chinese public, and refers to a mythological rabbit who lived on the moon. There is a reference to this myth in “The Old Dust“, which is a poem by Li Bai:

“The rabbit in the Moon pounds the medicine in vain; Fu-sang, the tree or immortality, has crumbled to kindling wood.”