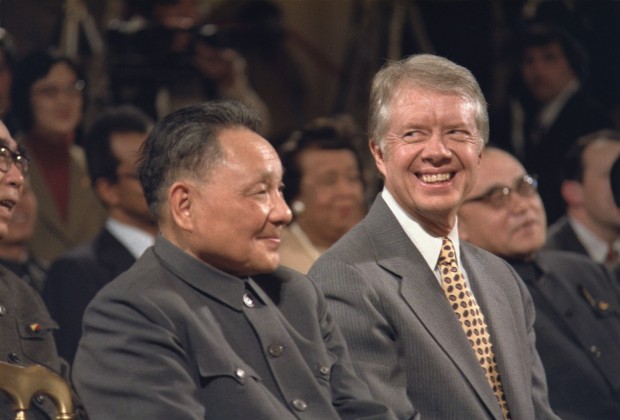 Former US President, Jimmy Carter, believes the NSA is spying on him. Instead of taking his chances, he tells NBC in an interview that he goes with a more traditional form of communication instead of electronic communication:

“As a matter of fact, you know, I have felt that my own communications were probably monitored. And when I want to communicate with a foreign leader privately, I type or write the letter myself, put it in the post office and mail it because I believe if I sent an e-mail, it will be monitored.”

When asked for his thoughts on the NSA’s widely criticized surveillance programs, the former president called them “extremely liberalized” and said that they “abused our own intelligence agencies.”

This semi-bombshell by Jimmy Carter comes on the heels of an expectation that President Obama will announce major NSA metadata collection reform. Let’s see what happens.