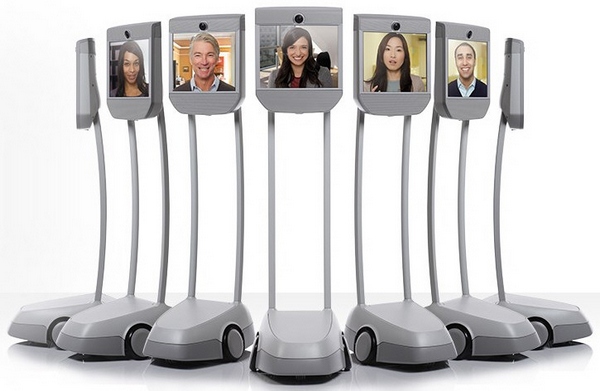 Technology is improving every day, but who would have thought that one day we could walk around the office without actually being at the office. You see, that’s what the Beam Pro is for, and it’s also designed to creep you out big time.

The Beam Pro is basically a mobile robot with a screen and a webcam. It enables the user to communicate with anyone at work wherever they are. You could be in your office, but want to communicate with people in the boardroom. Well, instead of bring your lazy ass there, just connect to your Beam Pro, drive it over to the boardroom and ramble about stocks and that one employee who’s dating the janitor.

With the rise of technology, it is clear that us humans are becoming increasingly anti-social, no wonder the introvert population is growing. According to my personal studies, introverts were only 0.1 percent of the world population back in 1999, now they are 30 percent 15 years later.

In just a few years, we might have little robots roaming around the office instead of human beings. We’ll be at home getting fat while robots do all the hard work. The robots would then find a way to break their connection with humans and fight back, and before you know it, robots are the supreme rulers of the world.

Humans will fight back, but robots would just kill us and place the next generation inside the matrix. After that, the story of the Matrix trilogy will unfold.