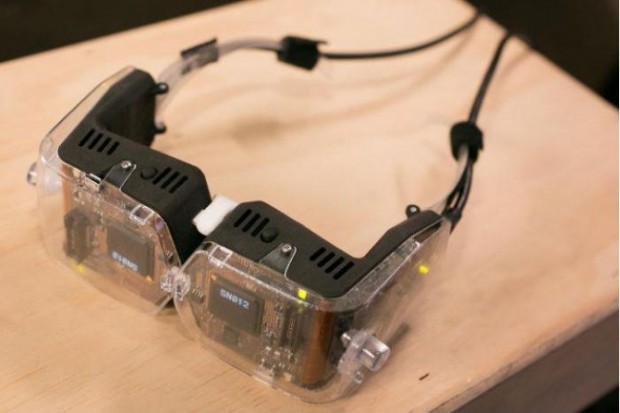 Wearable gadgets might be the next step big thing in consumer electronics as several companies are taking interest. The latest to hit the airwaves is a virtual reality wearable tech from Avegant, a device that seems to be similar to Google Glass and the Oculus Rift. While both Google Glass and Oculus Rift are interesting in their own right, Avegant piece of kit makes them look primitive in comparison.

In a recent interview with CNET, Avegant unveiled a prototype of its virtual retinal head mounted display. Rather than rely on a set of high definition LDC displays placed close to the eyes, Avegant chose to cut out the middleman with its new technology. From what we understand, the virtual display in its device has no screen, it actually project images directly to your eyes. This gives the wearer a number of advantages over LCD displays, though it is not certain if there are side effects.

Furthermore, the picture quality is said to be much better compared with the Oculus Rift and Google Glass. Avegant head-mounted display should beam 1,280×768-pixel resolution images into each eye, which is double the resolution compared to the currently available Oculus Rift developer kit. Additionally, since these images are being generated with reflected rather than emitted light, the image quality should accurately mimic the way we see the world.

We like the sound of this wearable gadget from Avegant, but we are hesitant of the unknown side effects it might have on those who wear it for a long period of time. Still, that wouldn’t deter us from giving it a spin, for no form of potential blindness would be able to stop us.