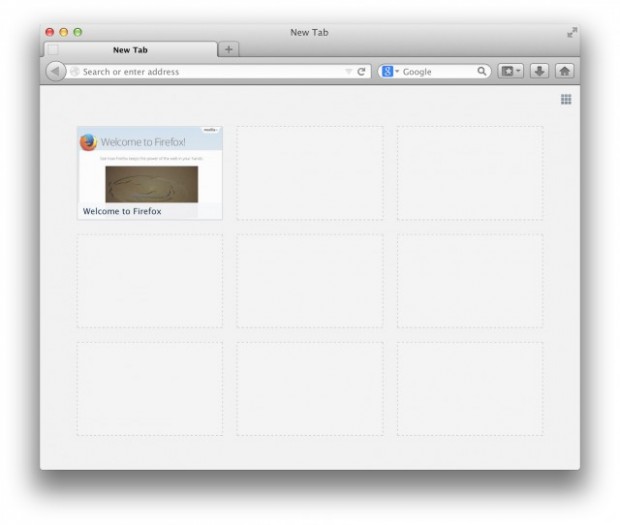 Mozilla announced on Tuesday that they would start putting ads in Firefox.

This new initiative is being called ‘Directory Tiles’ and instead of the directory coming up blank, especially for a user that’s just installed Firefox, there will now be ads. The ads will be for popular websites and the company promises that they’ll be specially picked to fit in with Mozilla’s own goals.

The screenshot you see above is where Mozilla plans on putting the new ads although they have not shown specifics of how the ads will look.

“Directory Tiles will instead suggest pre-packaged content for first-time users,” Mozilla announced in a statement. “Some of these tile placements will be from the Mozilla ecosystem, some will be popular websites in a given geographic location, and some will be sponsored content from hand-picked partners to help support Mozilla’s pursuit of our mission.  The sponsored tiles will be clearly labeled as such, while still leading to content we think users will enjoy.”

Mozilla is claiming, though, that they want to make sure that the user experience comes first and that this change won’t happen all at once. According to Darren Herman, Mozilla’s vice president of content services, they are “beginning to talk to content partners about the opportunity and plan[s] to start sharing Directory Tiles to new Firefox users as soon as we have the user experience right.”

I don’t know about you but this news sounds like “meh” to me — who cares, how much time do you actually spend on that page? I’m more concerned about how Mozilla will target those ads (i.e. privacy related issues) than the ads themselves.