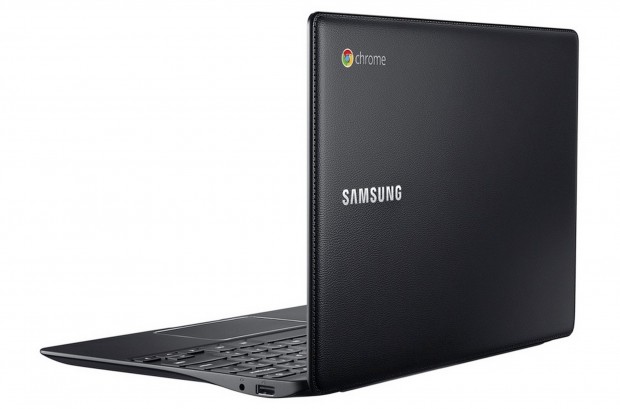 Samsung has announced the next entry in its commercially successful Chromebook series. The Chromebook 2 succeeds the first $249 Chromebook with enhanced specs and some design cues from Samsung’s recent Galaxy Note devices.

The smaller 11.-6 inch will have a lower res 1366 x 768 display, slower processor, 16 GB of storage, 4GB of RAM and weigh even lighter at 2.43 pounds. It’s also cheaper at $319, but both might be considered a significant price hike in the Chromebook market.

Both feature 8 hours of battery life, and a very interesting design choice by Samsung. The Galaxy Note devices were the company’s first to feature a stitched-leather design, and it appears that they won’t be the last. The Chromebook 2 might be the first laptop to feature this leather design.

Personally, I’m not a fan of the leather on a laptop. On a laptop case, maybe. But definitely not on the laptop itself. What do you think of Samsung’s latest Chromebooks and their design? Let us know in the comments!