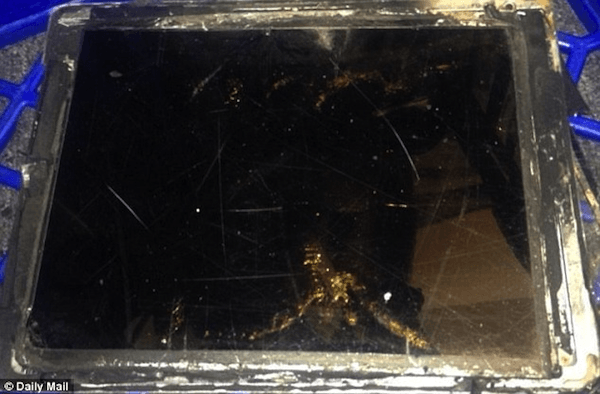 The iPad Air, one of Apple’s major releases this year, received lots of attention and coverage over its new specifications and designs but no one ever expected an iPad to explode. That’s what happened earlier this week when a brand new iPad Air broke out into flames in an Australian mobile phone store.

This incident took place in a Vodafone store in Canberra. As reported, the device started releasing smokes and sparks so severe that the store had to call in fire brigades to put out the smoke and sparks emitted from the device. Fortunately the store was evacuated as soon as the explosion took place and no one was hurt in the incident but the iPad Air was completed destroyed.

A Vodafone spokesperson said that a “burst of flames” started erupting from the charging port of the brand new iPad Air on display. Although the cause of explosion is not known yet, there are reports that an Apple representative has visited the store to collect the iPad for testing. We can expect an official statement from Apple as soon the investigation is complete and the defect has been identified.